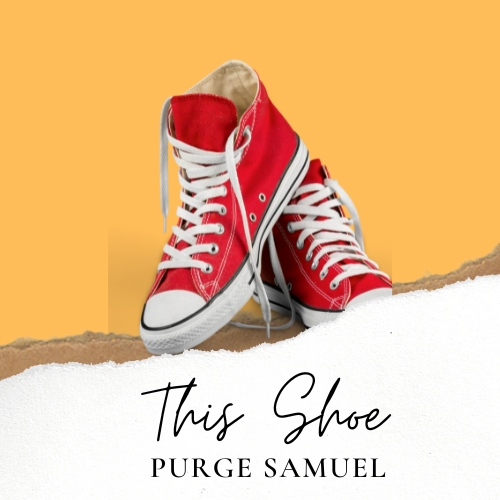 “Mac and cheese got me poisoned”. Never a next time be careful!

Been a minute. This cheese was the real thing in here – can’t stand how yummy it swindled my throat. It’s about that time.

“I love your shoes” Samuel says, as I smiled–No label. Just a greyish buckled sneaker on a faded blue jean. I wore to class, while every other person laughed at this compliment extended. Our instructor he was at the time. As the theme of the class continued. He complimented the shoes for the second time – at this point what was I thinking – he should know better when to draw the line.

I wasn’t feeling him – doing that twice. But we move. Not until now talking to a friend about criticism and hypocrisy – memories brought Samuel and my dogged greyish shoes into the picture – could it be he was hypocritical complimenting the shoes? Or it was an honest joke? Whining this rhetoric as – if guilty – he deserves a smack on the face.

This cheese kills the most of our Mac lots of times. Your emotional intelligence in every space and situation matters. Occurrence don’t announce itself – I’m about happening. It just happens. Hypocrisy should not be a norm and in doing criticism – know when to draw the line.

Once you learn this eulogy and have it in your cologne always. You’ll do great.

“Don’t expect everything to be cool and pleasant always. A little discomfort – you must contain sometimes. It helps keep check of your emotional force. You do not want to strike out when it’s unnecessary. Your patience would get tested–at the slightest chance it could.”

Critic is so daring you’ll give up at the expense of a perspective. Reason is, it holds the best part of us when it happens to us. When it’s to others it don’t matter much – do you care how they hold it in upon your perspective?

How criticism is taken shows the level of hypocrisy inside. You want to do business, yet criticism fools you to quit – there’s limit to what you can take. I agree. Same limitations you have others have it too. There’s just a conflict of interest. Which needs resolve. I climb that observation if I had reacted otherwise with Samuel – I would have made a fool of myself. Even though he needs to know when and how to draw the line.

Two things to have up here:

Even geniuses gets criticized for how they are. If they had been hypocritical about the criticism. You will feel left out of their story– an incomplete mission.

Everybody gets tired – who don’t in this world filled with its own challenges – are you going to pound it with another sets of problems. That don’t serve relevance to you.

Was anything wrong with how Samuel complimented my shoes? Not at all. The class needed some fun –and there the shoes was up my leg – he’s only sarcastic about it. Which didn’t mean he was fooling with my emotions – like we might have thought. It’s important your emotional intelligence is stable enough to withstand situations – exposed.

You would need it very much. Either you are learning a skill and eager to make ROI quick. Or a business. You have so many expectations on but not yet making as much as intended. Your level of emotional intelligence is a determiner.

Mac and cheese is the best served meal to fulfilment. Your level of emotional intelligence is the ‘Cheese’ which could be poison if it’s unstable and nutritious in stability. Your ‘Mac’ is what you had worked so hard on or for – you wouldn’t want anything to destroy those efforts of sleepless nights and hunger days. You wouldn’t at all.

Sending you all love.

Good luck with your Mac & Cheese